Turkey’s popular monthly economy magazine Platin’s cover story was about 26 Turkish geniuses of Silicon Valley and XR-Masters CEO and Mezun Group Chairman Ali C. Hantal was chosen to be one of them. 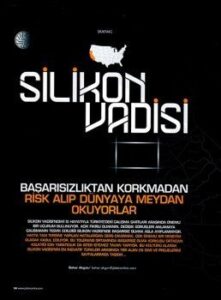 Mezun.com stands out as Turkey’s first portal providing user generated content about studying and living abroad. Mezun Group’ s CEO, Ali Hantal stated that “70% of the Group’s 2014 revenues came from Education Services”. He went on to emphasize that this ratio will likely see an increase and reach more than 80% by the end of 2015.

An international student himself, Mr. Hantal arrived in the USA in 1997 to earn his MBA. He founded Mezun Group on April 28 of 1999 with a friend from college. Following graduation, Mr. Hantal spent the next several years building the brand and sharing his personal and professional insights with many international students. He moved to San Jose, California in 2013 due to its proximity to the Silicon Valley ecosystem. Mr. Hantal states, “Visiting the offices of giant companies like Facebook, LinkedIn, Twitter, Google, and seeing what they offer to their employees really raises one’s mindfulness level. The system in Silicon Valley is based on performance. Those who are not delivering results do not keep their positions long for sure.

At their 17th year, Mr. Hantal believes that the main distinguishing factor of Mezun team has always been their futuristic vision and their unique solutions, which are shaped by their members’ needs. 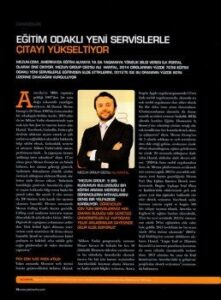 He adds, “When our company was founded, there were no other portals providing information about studying abroad. Mezun.com successfully filled this gap, drawing in some 200,000 members by the end of its second year. With the launch of Mezun Calling Card,(is currently a mobile application named MezunCall) we became one of the first companies in the world to deliver callingcard pins online. In 2004, we made an agreement with Digiturk (Turkey’s largest satellite TV provider who owns broadcasting rights of Turkish Soccer League) and became the first company in the world providing online live streaming services for the top four Turkish soccer teams internationally. Today, we are investing heavily in platforms for mass collaboration, collective intelligence and in converting our content to video.

Mezun Group has a long history of innovations

Ali Hantal states that they will be launching their new WebTV service, Mezun.TV very soon and continues “We are working with the TV producer Dinçer Karaca (Also a well known technology editor who hosts his own Silicon Valley TV show in Turkey) very closely and are shooting 1o min- videos to provide detailed information about studying and living in the US. We will soon be doing the same for UK also. Additionally, our 15 + applications on Apple App Store put us ahead of our competitors. We recently started to provide face-to-face application completion services at our offices at both sides of Istanbul.” Mr. Hantal went on to state that, “Since becoming DEİK’s (Turkey’s Foreign Economy Relations Board under the Ministry of Economy) technology solutions partner, we have been working closely with the Higher Education Business Council in their efforts to support Turkish universities to recruit international students.” Mr. Hantal says that in the first five years of Mezun Group, 80% of their revenue came from web services with the remaining 20% coming from education services. He continues by saying that, 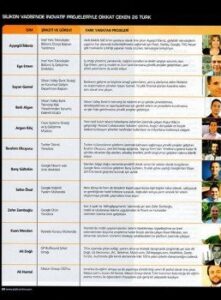 “2010 was the year when we decided to invest in our education business and created our new study abroad mobile and web platforms. 2015 was the year when we introduced new Application Completion Center and our unique country specific fairs such as study in USA and study in UK. We currently have two offices on each side of the Bosphorus and we provide online and face-to-face application completion services to prospective students and their parents at these locations.”

We are excited to hear about your ideas and aswer any questions you may have. Let's Talk!